well, the big wedding shower has come and gone…you know what i wore, and now that the surprise is over, i can tell you about what i gifted. 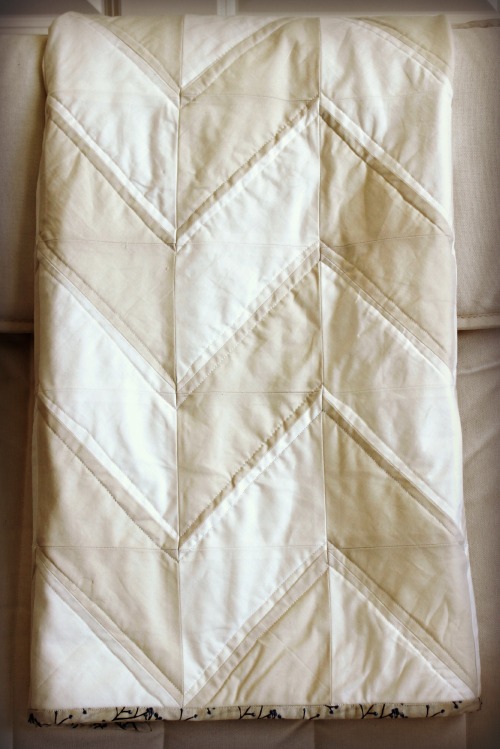 a few years ago, after falling in love with knitting, i made a resolution to hand make all my gifts for one year.  it was such a rewarding and enlightening experience, it’s a challenge i’ve continued to undertake since.  i love that it forces you to be thoughtful, calculated, and loving about all your gifts.  i think that is the true spirit of giving, and is so often muddled by rushing to complete the task.  so, when my childhood best friend turned cousin (her uncle married my mom, which was so parent trap of us) got engaged earlier this year, i knew i had some major planning to do to properly commemorate this momentous occasion.

much scouring of pinterest ensued, including coercing the bride to be to begin pinning home decor photos (i found her registries provided insufficient information).  after a few months of shared photos and emails, i finally decided on the perfect project to suit her and her future husband’s taste (which is the real challenge of all things wedding, right?  the marriage of tastes, not individuals!) in their trendy manhattan apartment. 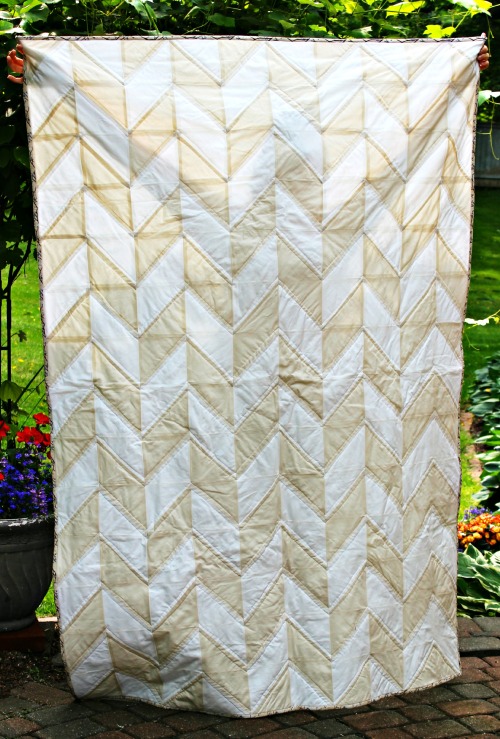 for the record, that perfect project is not this quilt.  it was a knit blanket very similar to this beautiful one, but once i knitted it up, it just seemed too small, and the very unique yarn was out of stock.  i tried several different stitch patterns and dimensions, but i just couldn’t work it into a size that seemed reasonable for two people to share.  what good is a lap blanket, anyway?!  now i have three skeins of the stuff in need of a new destination, but somehow i believe the right project will appear.

anyhow, once i accepted defeat, i had really limited time to get something special and beautiful together before the shower.  i had shown her a picture of the herringbone baby quilt after i made it, and while she liked it, she thought her fiancee would nix it, gently describing his taste as “bland.”  but, this quilt (the largest thing i have ever sewn) works up pretty quickly and certainly makes an impression, and i felt a blanket would get more use than table linens. 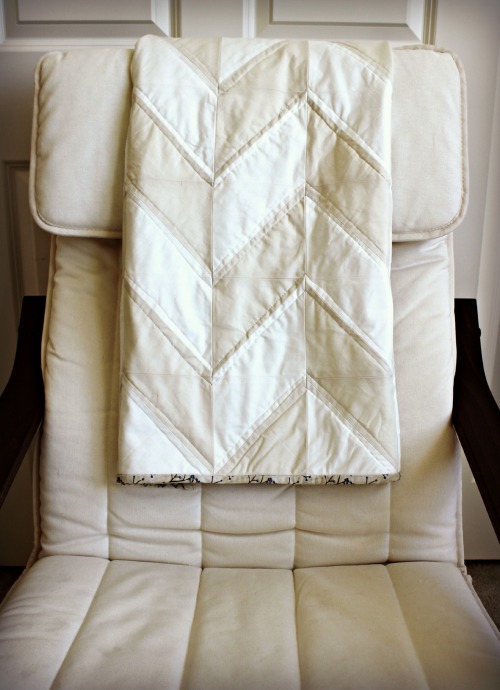 if you read regularly, you know i’m not much of a quilter, and obviously this one wins no points for creativity.  but aside from purchasing *and* cutting twice as much fabric as i needed (i forgot to divide something in my calculations, which only quilters can do correctly i think…next person to get married is getting a duplicate), and spending a few long nights wrestling this beast through my tiny plastic sewing machine (picture man vs. giant squid, battle to the death), it turned out quite well. 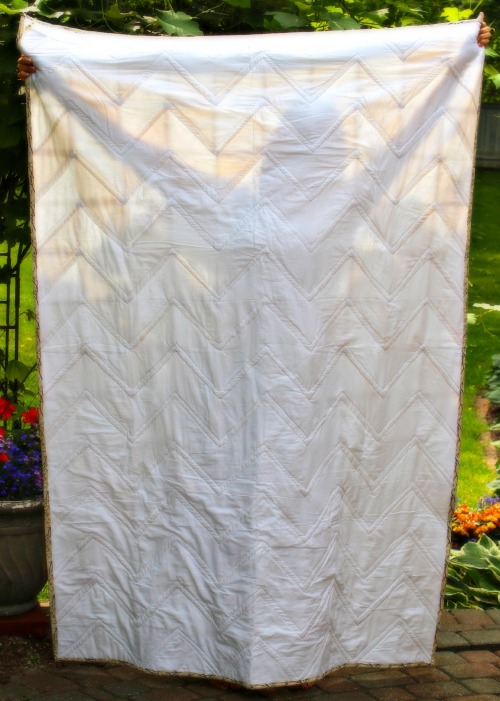 it measures about 5’x7′, plenty big for two to cozy up.  trying to keep it as “bland” as possible, i used kona white and kona bone quilting cottons for the top, and a single, large cut of white muslin for the back.  i quilted it in a chevron pattern with white thread, so if the quilt top was too exciting, the back would be about as bland as it gets.  i had initially planned to quilt the back in a beige thread, but after doing the first few rows, my stitching was too crooked (remember, man vs. giant squid) and looking sloppy.  i like how the white on white looks better, anyway.  i really agonized about what to use for the binding, and finally selected a finely textured looking grey print…but when i sat to actually bind it, it just looked too plain.  i caved and used some of the willow fabric leftover from this top, and immediately regretted it (not bland enough), but i think it’s a minor enough detail that the happy couple didn’t even notice.

as much as i love making gifts for people, wedding gifts put up some stiff competition, especially in the weird and uncomfortable setting that is a wedding shower (seriously, who came up with that?).  however, if those two weren’t big fans, they did a bang up job hiding it.  as i’ve mentioned before, you get a little more leeway on the handmade gifts.  major points for effort, for sure.

loved this pic my cousin sent me in the post shower stupor, mother of the bride, already putting it to good use!