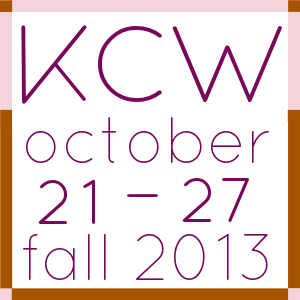 hi everyone!  coming up for air again very briefly to share some projects.  you all know my deep loyalty for kcw (and every time i visit the site, i am blown away by how much it’s expanding…way to go, meg!), but when i saw the dates this year, i knew it wasn’t meant to be.  i had vowed to do nothing but art fair projects until december, with the exception of using kcw as a break to do some fun sewing for my own kids.  but, this is a crazy week for us as we’re leaving early thursday to fly back to michigan for my cousin’s wedding.  i have the distinct honor of making the canopy under which they’ll be wed, which ended up taking waaaaaaaaay longer than i anticipated (it’s both top secret and so giant i can’t take photos quite yet, but will try to snap some on the big day).

because of this, the stars aligned ever so slightly for some feeble participation in kcw, as i’ve got just a few days to whip up a tux for reese to wear to the event.  above you see some of my inspiration for this garment, a kaffe fasset shot cotton in the big boy’s fave color (not sure, but i think it’s this one?), and some totally breathtaking liberty of london graciously shared by my friend and sewing partner, teri (more on her later).  it’s going to be completely crazy for the next week flying across the country through time zones and wrangling two toddlers through a litany of formal gatherings and events, but i’m really going to try and pop in to show you the progress on his tux if i can.  october is a splendid month for us here in norcal in terms of weather, and i forgot that it’s actually rather frigid where i spent the first 28 years of my life.  a few long sleeved items would be in order for the kiddos, but unless i figure out how to add more hours to this week, i doubt that’s happening.  but you know i’m thinking about it.

starting small but mighty, here is my grand contribution to kcw!  i’m pretty sure this is the cutest thing i’ve ever made.  it was super simple and looks quite debonaire, if i do say so.  obviously, this is using the liberty of london print.  and go figure, the only time i use this precious fabric it goes to one of my kids!  truthfully, reese cares a lot more about fashion than anyone else in this family, and i’d say he deserves it.  it remains to be seen whether he’ll wear it.  anyway, i used this tutorial and made the single fold, small version.  i’m not familiar with this site, but if they’re good enough for martha, they’re good enough for me.  that said, the tutorial did leave out some pertinent info, like…seam allowance and top stitching.  but it’s incredibly basic and a beginner can figure it out with common sense, promise.  i imagine it would take only 30 minutes if you don’t have two whiney toddlers crawling all over your lap trying to stick their fingers under the sewing machine needle while you make it.  i ordered the hardware here (harder to find than one would think!) and now i have 11 more potential bow ties to make.

and since i’m showing my face so rarely around these parts as of late, i thought i’d give you another quick preview of art fair mania.  granted, writing a massive blog post is not on my list of things that have to happen before thursday, but here it is anyway.  apologies in advance…more subpar iphone photos.  for as little as i’ll be able to contribute to kcw, it has been allllllllll kid clothes up in here.  i thought kid clothes would be way more engaging than a million zippered pouches, but it turns out anything you produce in mass quantity loses most of its charm.  i hoped to have more finished products to show, but the prep work is killer (see drafting, tracing, cutting x 1000 above), and all i’ve got are a few wearable muslins and many, many, many stacks of cut up garments-to-be.  i do have a pretty solid collection of pea coats, however:

we’ve got some cute little matching boucle on the left a la coco chanel (or something), and then a few linen from the birch line i fell in love with for my super tote.  all are fleece lined.  the colors and print are both so lovely on that birch print, and i think it works for girls and boys.  i used the dmk easywear pattern as a start point, and with the guidance of teri who’s always reinventing a better wheel, fancied them up a bit with button plackets.  this made them a nightmare to cut, but does make them look more polished and professional.

i brought back some huge stacks of fall inspired stripes and plaids from my travels to nyc in september.  in my mind, those striped linens on the left would be little boy hoodies!  after some experimentation, i came up with this simple pattern (that can also be unisex):

what do you guys think?  i have plans to add a kangaroo pocket to the striped versions, but it seemed a little loud with the contrasting fabric i chose for the particular version shown here.

those plaids pictured on the right are just screaming to be tovas, right?  tovas for ME.  i’m still in search of the perfect plaid tova approaching this beauty and you’ve seen some initial attempts here and here.  this stack of plaids could have given me a whole closetful, but instead, they were hacked to bits to make a miniature version.  i’m really happy with how the pattern came together:

these are muslins for the tunic and dress.  i decided to cut them all in dress length, however, since a dress can be a shirt, but a shirt really shouldn’t be a dress, except maybe in very special circumstances.  i cut them all in bean’s size or larger in case they don’t sell, as i’m really quite attached to the fabrics, but she’s informed me she doesn’t want to wear any of them and doesn’t like them.  she wants to wear only hideous, brightly colored printed knits from carters that hurt my eyes.  and this is why reese gets the liberty of london.

so, kiddos are covered, but we can’t forget about the babies!  i also drafted a couple of simple dress patterns for infants.  these were supposed to be easier to construct than the gold standard geranium as they are unlined, but bias binding a million tiny little arm and neck holes is actually quite time consuming and generally awful.  not looking forward to that.  i do love the little peter pan collar though–the colors are off in the photo, but that dress on the left is a grey linen with mustard dot details and i absolutely love it.  the one in the middle looks like a night gown…still working on that.

and speaking of geraniums, this was actually a birthday gift for our neighbor, but if it doesn’t get lumped into this photo dump, it’s never getting blogged!  i have made a LOT of geraniums in my time, but this one is hands down my favorite.  the bodice is from the delightful waterfront park line and the skirt is two layers of pink voile.  i made it up as i went along, and while i’m far from a ruffly, pink person, i just love the fullness and body of the skirt.  the recipient is rarely seen in anything but a pink dress, and this seemed perfect for her.

but back to art fair.  i recognized months ago that it would be very difficult to do this alone, so using my outstanding powers of persuasion over the course of a few weeks (read, begging), i finally convinced my friend teri to hop onboard.  i’ve mentioned her here and there as she’s quickly become my partner in crime, sewing feverishly while her adorable little tot willow runs amok (above, in teri’s far-more-organized-than-mine craft space).  because she hasn’t got her own blog (yet) to share the beautiful stuff she’s making, i’m including it here so you too can marvel.  her pea coats:

last winter, teri and i spent 10 weeks dancing around and playing tambourines like fools together in our kids’ music class without exchanging more than a few words.  months later, she found my blog on a random google search, and so began a friendship (between us and our kids) that rapidly evolved into a business partnership (see coercion, above).  where i am renegade and sloppy, throwing caution and seam allowance to the wind, teri is precise, accurate, organized and meticulous.  where she blind hems by hand, i run it through the machine, where she stashes, i cut, where she researches, i rush in blind.  and as you can see from her amazing geraniums below, where i sew things i want to wear in children’s sizes, she sews things children want to wear in children’s sizes.  overall, it’s a great partnership.

in addition to the added inventory and the company at the fair itself, it’s been priceless to have someone to confer with constantly about all sewing decisions, big and small, sewing through all hours of the day and night together while our children cover themselves in marker, lipstick, and toothpaste.  we’re already planning the afterparty.

whew!  anyway, that’s what i (we) have for you!  what do you think?!?!  suggestions?  comments?  your feedback *really* means a lot.  doesn’t look like much, but once i sew through everything i have cut, i’ll have a pretty decent inventory.  in my mind, i’m still hoping to squeeze in some reversible pants for boys and maybe some jersey tops for girls, but only time will tell.  once we get through this crazy wedding weekend, david and i are leaving the kids with their grandparents to take a short road trip down to asheville for some running and brewery hopping and we cannot wait!  i’m trying to arrange some face to face meetings with more favorite bloggers, sort out some outstanding art fair logistic/administrative issues, and have some other big plans for my mandated sewing break and hours of car travel 🙂

until next time…happy kcw!